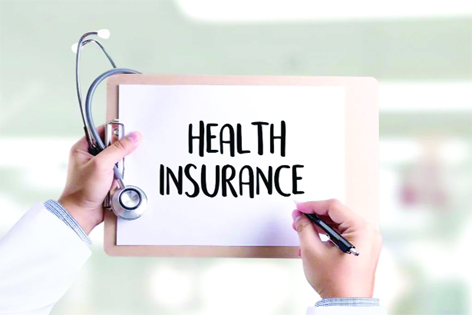 India has become a hub for medical facilities today. People from across the globe come to India every year for various surgical and non-surgical treatments. The cost of treatment has also gone up with rising demand and advanced facilities. We are witnessing a surge of illness across various age groups. Even younger generations are developing diseases which use to be old age diseases in the past such as Heart-related ailments, renal failure etc. The treatment of all such illness comes at a high cost and with the increasing costs of treatment, the Health Insurance has also gained importance.

In India, there are numerous insurers who offer different class of Health Insurances and a consumer must be aware of the health insurance he is willing to take. With increased competitions instances of misselling are also on the rise. Though IRDAI and Consumer bodies are quite strict on misselling but the companies at times may not able to curb misselling completely owing to numerous sales channel. As a consumer, awareness on the different aspects of an Insurance policy lessens the impact of such misselling’s and also help in avoiding consumer litigations.

While taking a Health Insurance policy following aspects are noteworthy-

1. The waiting period for the inclusion of claims. Generally, for pre-existing diseases, the waiting period is 4 years however some insurer provides coverage after lesser waiting period by charging a little more premium.
2. One must inquire whether his choice of Hospital is in the cashless list of the insurer or not.
3. Clarification on the period after which the pre-existing diseases will be in the inclusion list.
4. Claim settlement TAT (Turnaround time). Though cashless claims are settled immediately, reimbursements may take some time hence one must seek clarity on the timeline of the settlement of the claim.
5. Restore benefits under the policy. Certain policies allow restoration benefits wherein after the settlement of a claim the sum assured is automatically restored thereby allowing the consumer to make more claims in the same policy year.
6. No Claim bonus benefits- With every claim-less year the sum insured goes up without paying any extra premium.
7. OPD/Health Checkup benefits- Few policies allow reimbursement of expenses incurred on OPD and Health Checkup. With the rising cost of OPD and Health Checkups, it has become incumbent upon insured to obtain a policy with such benefits.

It has been seen that the majority of claims under the Health Policy are rejected on account on non-disclosure of pre-existing diseases, treatments and surgeries underwent by the insured in the past. Hence when a consumer is buying a Health Insurance cover, he must without even asking disclose, the pre-existing diseases, treatments and surgeries he underwent in the past, in the proposal form and always ask for a copy of proposal form for records.

Insurance Portability is another feature which was introduced by IRDAI for the insured who are not satisfied with the services of their existing insurer. The consumer can approach the new insurer between 45 to 60 days prior to the renewal date for porting the policy with the new insurer. Even at the time of portability, the necessary disclosures must be made by the consumer. Where the waiting period of 4 years in earlier policy has been completed the waiting period under the new policy is automatically excluded.

Recently the IRDAI has laid down fresh guidelines in respect of renewal, cancellation, migration and moratorium period of the insurance policy. No insurer can refuse to renew the policy on the ground that the insured person had made a claim or claims in the preceding policy years. The concept of moratorium period has been introduced which shall be 8 continuous years of policy without break and after the expiry of moratorium period, no health insurance claim shall be contestable except for proven fraud and permanent exclusion under the policy. It must be kept in mind that the free lookup period is available in new policy and not in the renewed policy.

IRDAI has also laid down a timeline for claim settlement which is 30 days from the date of receipt of necessary documents. Failure to do so shall make the insurer liable to pay penal interest at the rate of 2% above the prevailing bank rate from the date necessary claim documents were received by the company.

Current pandemic has created a belief that illness may be kept away by keeping a healthy lifestyle but such pandemics are beyond our control and to keep ourselves shielded from the financial impact due to any such illness we must have a Health Insurance Cover. And by keeping the aforesaid points in mind, at the time of buying a policy, the insured will feel financially protected and lesser will be the consumer litigations.

By
Ved Vyas Tripathi
The author is an Advocate and Partner in ‘The Capital Juris’ Law Firm
Email: tcj@tcj.co.in, thecapitaljuris@gmail.com | Web: www.thecapitaljuris.com